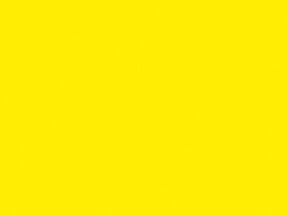 Bitozi is a research compendium dedicated to cryptocurrencies, tokenized securities and decentralized finance. We compile research that is useful and offers insights from the perspective of investing and capital allocation.

You will find links and references to relevant and engaging cryptocurrency research by scrolling down or by finding relevant topics in the following index:

If you have compelling research related to cryptocurrencies, tokenized securities or financial exchanges, you can submit it through the form below and we will post a link to it.

If you have compelling research related to cryptocurrencies, tokenized securities or financial exchanges, you can submit it through the form below and we will post a link to it.

The following list contains links to websites that are useful for cryptocurrency and blockchain-related investment research:

Books on Crypto and Blockchain

The following list contains books that are useful for cryptocurrency and blockchain-related investment research:

If you are new to Bitcoin, here are a few resources that will help you get familiar with Bitcoin:

The original Whitepaper: "Bitcoin: A Peer to Peer Transaction System" by Satoshi Nakamoto. Published in 2008.Mastering Bitcoin. Book published by Andreas M. Antonopoulos in 2010.Why Dumb Networks Are Better. Published by Andreas M. Antonopoulos in June 2016."The Blockchain (R)evolution – The Swiss Perspective". Whitepaper published by Deloitte in February 2017."Trusted Bitcoin Ecosystem White Paper: A non-technical summary of the proof-of-concept to enable regulatory compliant Bitcoin transactions". Published by PWC in June 2017.

The title of this section should actually be plural. There are many different Bitcoin investment theses. Here we have compiled some of the most compelling ones we could find.

If you are new to Crypto, here are a few resources that will help you get familiar with the topic:

This short essay from the Federal Reserve of St. Luis is helpful: "A Short Introduction to the World of Cryptocurrencies" by Aleksander Berentsen and Fabian Schar. Published in January 2018.From the Bank of International Settlement: "The Economics of Cryptocurrencies - Bitcoin and Beyond by Jonathan Chiu and Thorsten V. Koeppl. Originally published in 2017 and updated in 2018.Regulation of Cryptocurrency Around the World. A global survey of 130 countries by the law department of the Library of Congress. Published in June 2018.Introduction to Crypto Business Models by Ali Yahya from A16Z Crypto. Lecture published on YouTube in May 2020.

Cryptocurrencies as an Asset Class

From the electrical engineering department of the University of Cagliari "Modeling and Simulation of the Economics of Mining in the Bitcoin Market" by Luisanna Cocco and Michele Marchesi. Published in May 2016.This is a transcripted interview with Murray Stahl: "The Economics of Cryptocurrency Mining". Published in April 2018.This is a great entry-level piece: Bitcoin Mining Competitive Economics 101 — The Oversimplified Version by Haas McCook. Published in January 2019.There is a relationship between Congestion and mining yields. The more traffic there is on the network, the more congested it becomes; as it becomes more congested, mining fees go up, and transaction times slow down.

Ethereum is a decentralized open-source blockchain featuring smart contract functionality and the most actively used blockchain in the world. Ethereum was proposed in late 2013 by Vitalik Buterin.

Set to launch in December 2020, the Etherium community is planning to implement a series of upgrades called Ethereum 2.0. These upgrades will transition Etherium to proof of stake instead of proof of work.

Validators in a proof-of-stake system don't need to mine (proof-of-work) because they're selected at random and aren't competing. They just need to create blocks when chosen and validate proposed blocks when they're not. This validation is known as attesting. Validators get rewards for proposing new blocks and for attesting to ones they've seen.

XRP is a cryptocurrency project that is particularly interesting for two main reasons. First of all, although the XRP ledger is distributed, it was created and its application is being driven by a company called Ripple. Secondly, Ripple itself is focusing on solving a particular use case: international money transfer. Currently, international money transfer is dominated by an antiquated system called SWIFT.

There is a third reason why XRP is particularly interesting. To quote Murray Stahl from Horizon Kinetics:

"XRP, itself, is one of the more intriguing currencies, as it is explicitly deflationary. There is a modest cost for transacting in XRP, which is not actually paid to any intermediary. The fee, which is a very small fraction of a unit of XRP and which is used to protect the network, is simply destroyed.

Therefore, the number of XRP units is constantly decreasing. If the transaction velocity of XRP were to rise greatly, the number of currency units would decline greatly, thereby creating a substantial return even if the coin itself did not experience an increase in market capitalization. It would, however, experience an increase in value per unit.

Unlike other cryptocurrencies, XRP is not mined, and its validation system is closed to outsiders,
which differs from the cryptocurrencies that are mined. The mined cryptocurrencies are open
systems that welcome new participants. Nevertheless, XRP, at least theoretically, does have significant return potential."

Research resources on XRP and Ripple:

Decentralized finance refers to financial products and services that do not rely on centralized intermediaries such as brokerages, exchanges, or banks. DeFi products utilize smart contracts on blockchains. Currently, most DeFi applications are built on top of the Ethereum protocol.

Oddly enough, although DeFi are decentralized in term of validation within the network, there often seems to be control exerted by its developers or leading groups. How can, for example, a project that is decentralized raise a Series A round? How can a decentralized project decide to merge with another project?

A fully decentralized protocol for automated liquidity provision on Ethereum. Essentially it is a decentralized token exchange with no order book.

Chainlink is the most widely used oracle network. Blockchain oracles are third-party services that provide smart contracts with external information. They serve as bridges between blockchains and the outside world.

One of the features often touted by Bitcoin proponents is the peer-to-peer nature of the cryptocurrencies. By definition, in a peer-to-peer transaction, there is no intermediary.

Nonetheless, somehow you need to find the counterparties to transact with if you want to buy or sell crypto. The most efficient pricing of any asset will be where there is liquidity is. The more liquidity in a market, the tighter the spread between the bid and ask will be. Hence, most transactions will be through exchanges and brokers dealers.

The cryptocurrencies that we know today, such as Binance, Kraken and Coinbase, aren't really financial exchanges in the strictest of sense. They are more akin to broker-dealers or Alternative Trading Systems (ATS).

There are already a handful of cryptocurrency exchanges that have gone bust so far (see below), pointing to a clear lack of custody solution within the sector.

One of the biggest deterrents to institutional adoption of cryptocurrencies within the financial system has been the role of custody. In the early days (and even relatively recently), there simply didn't exist any institutional-grade custody solutions.

For many financial institutions, such as mutual funds, holding crypto is simply not a possibility without placing the assets in custody by a third party. No investment manager wants to be responsible for losing a funds crypto wallet.

There are a number of high-quality custody solutions that have been launched, that specifically target the financial sector:

There are a number of companies with significant exposure to cryptocurrencies that are publicly listed.

Central Bank Digital Currency (CBDC) is potentially a new form of digital central bank money that can be distinguished from reserves
or settlement balances held by commercial banks at central banks.

There are several forms of CBDC possible, with different implications for payment systems, monetary policy transmission as well as the structure and stability of the financial system.

Design choices for CBDC include:

The road to hell is paved with good intentions. Just like in any other emerging industry, anything from failures to outright frauds and scams are bound to happen. Caveat emptor. Here's a list of notable crypto and blockchain projects that have gone wrong:

There are always more and more websites popping up where you can find useful information and research on the cryptocurrency space.

Here are a few of them:

Here are a few recommended books on Bitcoin, Cryptocurrencies and Blockchain Technology:

Thank you for your interest in the Bitozi Crypto Research Compendium. If you have interesting crypto, blockchain or DeFi research to share, don't hesitate to share it with us.

© Bitozi is owned and operated by Newsmith Capital ehf.

If you want to stay in touch, subscribe to our newsletter:

In this section, we look at crypto projects that are trying to solve specific needs.

The whole idea of a Bitcoin ETF might seem a little bit odd.